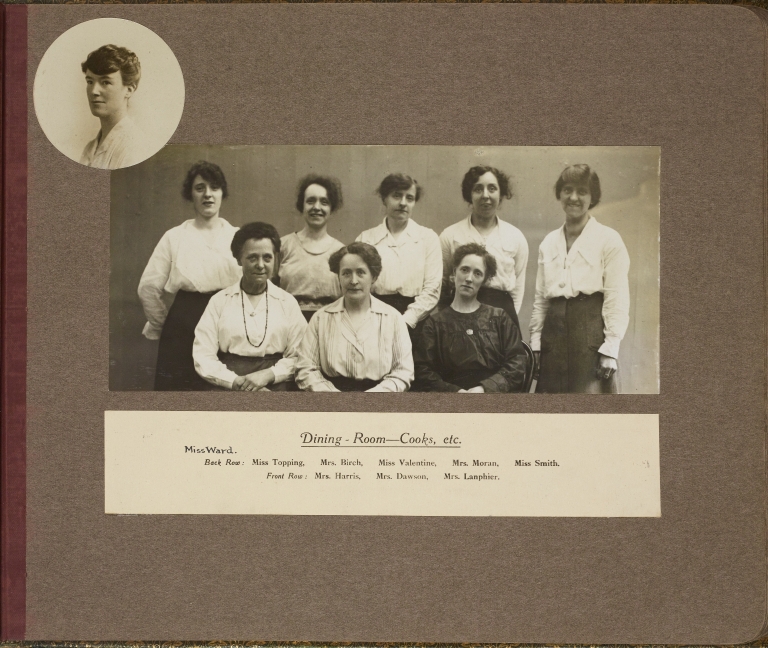 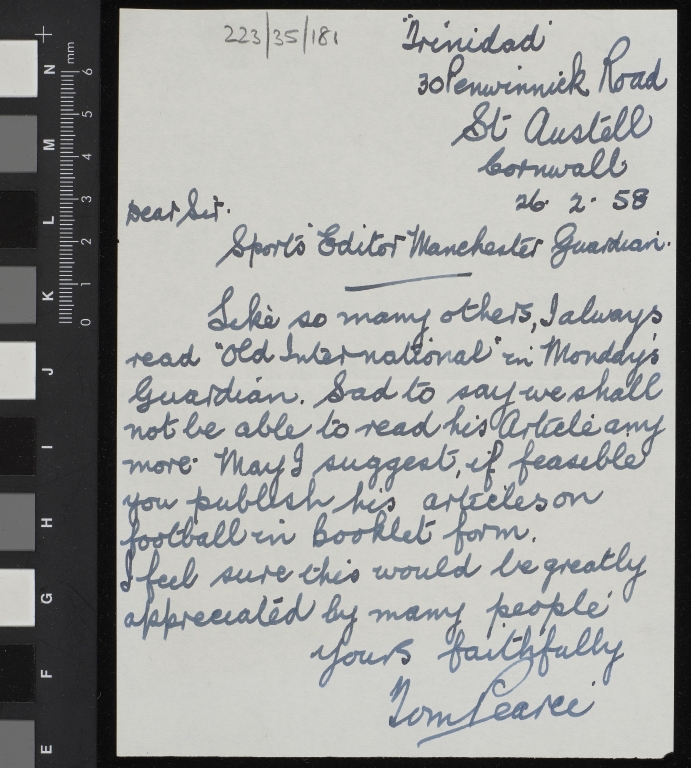 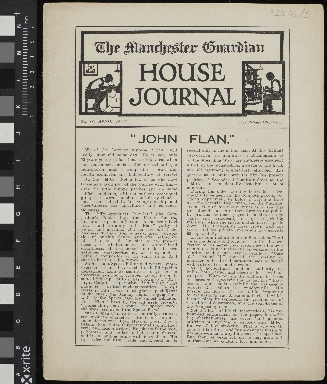 On the 5 May 2021 the Guardian newspaper (formerly the Manchester Guardian) was 200 years old. To commemorate the bicentenary the University of Manchester Library created an online and physical exhibition called Manchester's Guardian: 200 years of the Guardian newspaper. You will find here all the objects selected for the exhibition alongside some additional highlights. The selection picks out key moments in the newspapers’ long history from opposition to the Boer War and active involvement in various humanitarian causes, to reports on Nazi Germany. The collection also highlights the legacy of CP Scott and the national and global reach of the Manchester Guardian. There are two editions of the April Fools’ joke supplement on the fictional archipelago San Serriffe (1977-8). While the digitised staff newsletter, the House Journal (1918-1932), gives an insight into the people who worked at Manchester’s most famous newspaper.Additional digitised resources from the Manchester Guardian Archive includes: correspondence relating to Nancy Cunard (1896–1965) writer, publisher and political activist; Donny Davies (1892-1958) Manchester Guardian Sports correspondent who perished in the Munich Air Disaster of 1958 and Morgan Philips Price, (1941–1964) Russian correspondent for the Guardian, alongside materials surrounding the 50th and 100th anniversary of the Manchester Guardian.